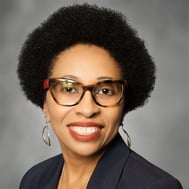 With 27 years’ experience as an insulation contractor in the Dallas/Fort Worth Area, Cardice Howard’s knowledge base about energy-efficient home construction is extensive. She’s seen that builders who work collaboratively with all trades achieve the best results, a better HERS score, and the desired home energy efficiency or air tightness targets. Leveraging her experience as an insulation contractor will be vital as she steps into her role as the Acting Deputy Director of Residential Energy Services Network (RESNET®), where she will work with raters to help builders construct more high-performance, energy-efficient homes.

The rater’s role has changed dramatically since the formation of RESNET 22 years ago and the explosive growth of HERS-rated homes, which now number more than 2 million nationwide. Raters are often chief consultants to builders of energy-efficient homes. And in the past two years, as states adopt more stringent energy codes, they’ve been helping builders meet more aggressive air tightness targets for homes.

Texas is one state where raters have become increasingly important consultants to builders. “HERS raters have begun to suggest products as a source to achieve air tightness levels in the Texas market,” Howard said.  “They work with the builder, framer, HVAC contractor, plumber, and electrician to collectively target actions that will get the best results. Raters underscore that all trades working together typically produces better results — a better HERS score and the desired ACH.”

Design Phase: Where Collaboration Matters Most

Howard believes that raters and all trades involved in the construction of a home should ideally be brought in at the design phase, and certainly no later than the framing phase of home construction. It’s here that builders can set the expectations for contractors involved in the project, including which trades “own” unintended holes created during construction and product installation. “If you make a hole in the envelope, you own the hole; it is yours to fix,” Howard stressed.

“The old rule of thumb regarding HVAC size per house square footage is not a good rule of thumb. The HVAC system should be sized to meet the energy load requirements of the home. If you can save dollars on one less ton of HVAC equipment, you can increase your insulation package and still save money. Code compliance does not mean necessarily more money. The builder needs someone to explain all the aspects of each component of the energy package, and this is where HERS raters are most important.”

As RESNET works to expand the use of home energy ratings so that more builders recognize the advantages of this energy efficiency version of a miles-per-gallon rating for homes, its approach to how it reaches builders in various markets is evolving. RESNET is now using rater’s insights from regional markets to drive engagement between raters and builders and identify how to serve specific market needs better.

“Identifying why a builder in one market rates 80 percent of their homes and a builder in another market only rates 10 percent of their homes will be the focus. Is it due to codes in the market? Is it due to consumer awareness? Identifying regional market needs defined by the builder and their consumer will be a focus for RESNET in 2019 and 2020.”

Raters Are Catalysts for EE Competency

Howard sees HERS raters as the catalyst to helping builders develop competency in energy-efficient construction.  “HERS raters typically have more of a science/technical background and they must know that studs should be 16 or 24 inches on center. There should not be four or six double studs. More studs mean less insulation.”

Working closely with the builder and the framer will ensure solid construction free of unintended holes – which is the start of energy efficiency success. “HERS raters should ask questions if they see framing practices that are not correct, such as triple studs in a doorway or a header that has six studs.”

“The frame is the development of the building envelope, and it must be well done.”

There will be numerous sessions on framing, insulation, and the future of energy-efficient homes at the 2019 RESNET Building Performance Conference, February 25-27.