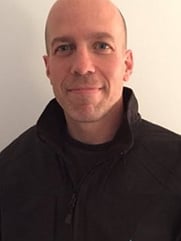 When newer editions of the International Energy Conservation Code (IECC) are introduced in states, often there’s a learning curve for home builders, especially when it comes to verification of a home’s air tightness with a blower door test. Some builders are having a tough go of meeting the new requirements.  Increasingly, they’re relying on energy efficiency professionals, like HERS raters to help them achieve the target. Insulation Institute spoke with Jonathan Lang, Manager of Training & Certifications for Knauf Insulation who is a BPI Certified Building Analyst, Building Performance Specialist, and ICC Residential Energy Inspector (whew!). We spoke about the challenges builders face in meeting air tightness requirements and why communication and education are so critical to meeting the targets.

In his work as a training specialist and technical expert on energy efficiency planning in all climate zones, Lang trains builders on air sealing/blower door testing. He says builders have a range of proficiencies, but he’s observed some commonalities in the field when it comes to air sealing and success with blower door testing.

“A very common point of confusion in the construction industry is who is responsible for air sealing/blower door tests success,” Lang says. “The confusion results from a lack of communication among trades. Throughout the building process, there can be dozens of individuals and multiple trades that are working independently of each other. “Ideally, it would be framers, although this trade traditionally does not embrace the practice so, therefore, in most instances it falls to the insulation contractor,” Lang said.

“It is important that insulation contractors educate crews on best practices and give them the opportunity to learn the basics of Building Science,” he said. “Not only is it important to know where to air seal, but why you should air seal a certain area.” Lang mentioned the need (both top and bottom) to reduce the stack effect as a good example of an area where it’s important to know the ‘why’ behind the practice. The stack effect allows high air infiltration rates from natural wind and mechanical movement (HVAC fans). Effective air sealing will combat the stack effect by addressing these high and low entry and exit points by sealing gaps in the ceiling, wall-ceiling, and wall-floor interfaces.

“There should be a level of integrity where the trades do the right thing when no one is watching and fill any hole that they make. For example, an electrician with electrical box penetrations or an HVAC contractor putting in duct boots to drywall,” Lang said.

Lang noted that big holes in home construction aren’t as prevalent as a multitude of smaller penetrations that cumulatively add up to air leakage problems. “Many times, trouble areas are designed into homes by architects. Examples of these areas are dropped soffits for kitchen cabinets, cantilevers, and dropped tray ceilings,” he said.

Moreover, there are areas within the construction that are commonly missed.

While this is an extensive list of areas that could potentially be missed, training builders about where the air leakage occurs is Lang’s wheelhouse.

“Re-work should be done more often than it is to address these areas; however, this is not always the case. Often, the pass-fail rate is averaged across a neighborhood,” Lang said. Given this, it’s imperative that builders clearly communicate air sealing details so that every house gets properly air sealed every time and that priority air sealing locations aren’t missed.

Success is a Process

As the building industry becomes more educated on building science and its basic principles, Lang says the best practices that allow for air sealing and blower door test success will occur at a much higher rate. “I have found that when the code is initially adopted, it is difficult for a builder to get to 3ACH50 (air changes) from say 7AHC50, where it is much easier for them to get from 7ACH to 5ACH and conversely from 5ACH to 3ACH. There’s a learning curve that is involved with best practice, and many times, I see areas that are sealed that do not need to be a focus and areas that are neglected that do.” This causes waste of materials and excess labor costs, leading to callbacks as well as frustration with results.

The essential training on air sealing and insulation basics should be required for all insulation contractors and understood by all trades, but the builder ultimately must communicate effectively to ensure success. “It’s imperative that builders detail who is responsible for air sealing,” Lang advised.