For Better Homes, Is it Net Zero or Passive House?

While solar homes have reached a milestone, superior envelope efficiency must be primary 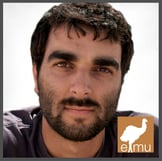 U.S. Department of Energy (DOE) recently announced that the number of U.S. homes with solar panels has reached 1 million. As the primary on-site renewable power generation source, the expansion of rooftop solar photovoltaic (PV) means a much more distributed network of energy production and a more resilient energy grid.  But is the expansion of solar overshadowing basic tenets of optimizing energy efficiency?

Enrico Bonilauri of Emu Building Science believes so.  As an architect, certified passive house designer and a building envelope expert, his company works with other architects, contractors, building owners, and construction industry professionals on designing, specifying and installing energy efficient construction systems for buildings. Bonilauri believes that the growth of residential solar is good, but opines that the solar PV panels are part of the “gadget” culture.

“Our buildings and cities aren’t going to be fixed by gadgets,” he said. “If your building quality is poor, PV panels are not going to make it better,” Bonilauri notes.  “People need to be able to live and work in a building that is healthy and comfortable and solar does nothing for either health or comfort.”

The First Rule of Energy Optimization

The first rule of energy optimization is use less energy. A typical single family home designed with a PV system that produces as much energy as the home consumes on an annual basis is, by definition, a Net Zero home, according to the DOE. However, Bonilauri says if you take the same house and the same PV system and calculate the coverage on a different time basis, such as monthly, weekly or hourly, the actual coverage provided can drop all the way down to 50 percent or less. Thus, while a Net Zero home has benefits, it can be misleading to consumers who don’t understand these details.

Emu Building Science is working to challenge the current boundaries of the “passive” world and expand the application of this standard to a much broader audience than today. “Good building envelopes don’t only mean lower energy bills, they also mean healthier people with fewer respiratory illnesses and less exposure to toxins,” Bonilauri says.

Super insulation is the foundation of the passive house approach and the amount of insulation needed is variable by climate zone.  In addition, to optimize energy efficiency, these homes also include high-quality windows, usually triple glazed with insulated frames and thermal bridge-free construction.  A thermal bridge is an area in a building envelope that has higher heat transfer than the surrounding construction, resulting in an overall reduction in thermal performance.  An airtight building envelope and mechanical ventilation with heat recovery round out the core elements of passive houses.

According to the Passive House Institute US (PHIUS), homes built to the PHIUS+ 2015 Passive Building Standard consume 86 percent less energy for heating and 46 percent less energy for cooling (depending on climate zone and building type) than the standard home.  In contrast, a Net Zero home would produce as much energy as it consumes, but that doesn’t necessarily mean it uses the energy efficiently, which is the goal of a passive house.  Net zero also refers to energy, not energy bills. The New York Times recently reported that in more and more parts of the country, utilities are changing net metering policies, which often results in lower compensation for a kilowatt generated through solar than a kilowatt saved through efficiency. These changes also include fees on those who own rooftop solar systems.

From a building science perspective, there's little argument that envelope efficiency is the key to maximizing energy performance.  And passive houses represent the ultimate in home energy efficiency, yet the approach, founded and very popular in Europe, has been slow to take off in the U.S., following its introduction during the energy crisis in the 1970s. This is in part because of the additional costs associated with passive house construction, estimated to be 5 – 10 percent more than a conventional building, according to the Passive House Institute US (PHIUS). Another reason for the slow adoption of the technology is rampant misconceptions.

“Some of the ones we hear over and over again, like a broken record are ‘you can’t open your windows,’ the requirements are too rigid,’ ‘it doesn’t work in my climate,’ and ‘it costs too much,” Bonilauri notes. The most vocal opponents of the approach have often had no experience with it. He sees this as an opportunity to educate and dispel myths, including that the super insulated envelope of passive house technology requires premium materials. “Fiber glass and mineral wool are reliable insulation materials among others,” said Bonilauri. “You usually don’t need expensive materials to build passive houses and the added benefit of fiber-based insulation is that it also provides acoustic benefits.”