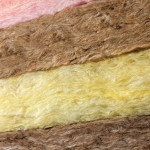 Man-made vitreous fibers (MMVFs) or synthetic vitreous fibers (SVFs), specifically glass, rock/stone or slag wools, have multiple end-use applications but are most commonly used as insulation. MMVFs have been studied by health and safety experts for decades. Most notably, the potential carcinogenicity (ability or tendency to produce cancer) of these fibers has been evaluated by toxicology studies in the form of large epidemiological cohort studies of MMVF manufacturing workers, in inhalation studies in experimental animals (in vivo), and in laboratory fiber solubility studies (in vitro).

Based on the results of these studies, in 2002, the International Agency for Research on Cancer (IARC) downgraded their classification of insulation glass wool, rock/stone wool, and slag wool from “possibly carcinogenic in humans” (Group 2B) to “not classifiable as to its carcinogenicity in humans” (Group 3).1,2 Following this classification, MMVF manufacturers around the world removed cancer warning labels from their products, except for fiber glass manufacturers in the United States.

The conclusions of IARC, NTP, and OEHHA were informed by one of the largest and most comprehensively studied occupational epidemiological cohorts to date. That study analyzed U.S. MMVF manufacturing workers and included over one million person-years of observation.5 These decisions were also aligned with conclusions from Health Canada, the Agency for Toxic Substances and Disease Registry (ATSDR), and the National Academy of Sciences throughout the early 2000s, which found no significant association between fiber exposure and lung cancer or nonmalignant respiratory disease in MMVF manufacturing workers. 6,7,8

Despite this consensus from regulatory agencies and scientific bodies, NAIMA continues to sponsor health and safety evaluations of MMVFs. Most recently, in 2020 NAIMA sponsored a systematic literature search and review of MMVF carcinogenicity evidence published since the release of the 2002 IARC Monograph. The evaluation of the in vivo evidence primarily showed no carcinogenic potential or pathogenic effects upon exposure to MMVF fibers, and no relevant in vitro studies published since the 2002 Monograph were identified. Similarly, an updated evaluation of the epidemiological evidence found no evidence to suggest that MMVF exposure is associated with respiratory tract cancer.9 Collectively, the independent scientists who conducted this updated review of evidence concluded that the 2001 IARC decision to downgrade insulation glass wool, rock/stone wool, and slag wool to Group 3 substances remains valid in terms of new scientific evidence.