2009 Called. It Wants Its Energy Code Back 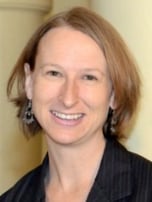 As advocates for building energy efficiency, Insulation Institute and many other organizations support the development and adoption of model residential building energy codes like the 2015 International Energy Conservation Code (IECC). Unfortunately, code adoption is literally “all over the map,” in the United States. Twenty-two states have a version of the energy efficiency code that meets or exceeds the 2009 IECC. Ten states meet or exceed the 2015 code, and 12 states have no statewide code at all, according to the Building Code Assistance Project. For those who support energy code adoption, it can seem like an uphill battle to advocate for newer energy codes, particularly when there are lots of misconceptions about the purpose behind the codes.

Insulation Institute spoke with Southwest Energy Efficiency Project’s (SWEEP) Christine Brinker about why code adoption lags in many states and how builders can benefit as their states take up newer versions of the IECC.

The Energy Code is a Life and Safety Code

As Senior Associate Building Efficiency Programs for SWEEP, Christine Brinker’s mission is to encourage local jurisdictions in the southwest to update to the latest and most efficient energy code. “Once in a while, we hear building officials mistakenly say they don’t adopt or inspect for the energy code because it’s not a life-safety code,” Brinker said. “This comment stems from a basic misunderstanding of the energy code and what it is designed to achieve. The energy code fundamentally improves the durability of buildings as well as the health and safety of us humans inside. It’s not just a “nice to have,” Brinker added.

That might be, but there are still skeptics. Brinker noted that once, a building official good-naturedly joked, “you all think it’s the energy code that keeps the buildings from falling down.” There’s more than a bit of truth to that since meeting the requirements of the energy code increases building envelope durability.[1] At a basic level, those requirements help ensure that the walls of the house remain standing and it remains livable for decades.

One example of how the energy code advances durability is specific code provisions related to controlling moisture, such as the proper use and placement of air barriers, slab-on-grade insulation, and rim joists. As building science advances, each successive version of the building code incorporates advances that protect building stability and durability as well as human health.

All great things for home buyers and owners, but there are also two significant advantages to builders in states that choose to adopt a more recent version of the code.

“First, particularly in home-rule states,[2] builders have better consistency from one jurisdiction to another rather than a patchwork of different rules,” Brinker said. “Second, they will be able to bring better building techniques and higher quality buildings to their customers – buildings that are safer, more comfortable, quieter, and less expensive to live and work in. That affects the builder’s reputation and their marketability.”

Education is most impactful in convincing jurisdictions and their code officials to update to newer versions of the energy code. Brinker offers one-on-one assistance and teaches the building science behind the code to highlight the major benefits to all stakeholders of adopting newer versions of the code. And SWEEP offers innovative and informative tools such as their Top 9 Reasons to Update to New Energy Codes Guide.

In its advocacy for better buildings, SWEEP articulates the structural integrity, occupant health, and resiliency benefits of adopting newer versions of the code. “For some, there’s a potential to underestimate the potential economic savings to residents and businesses and overinflate the costs,” Brinker said. “But the everyday users of building codes – builders, architects, engineers, code officials, raters, and more – develop, adopt, enforce and improve upon the energy code because they care about the safety of our built environment and the health of building inhabitants.”

As states and jurisdictions grapple with the decision to improve their energy code, they would do well to realize that the most compelling reason to progress is better buildings with healthier inhabitants. Besides….2009 called. It’s time to give its code up.

[1] The building envelope refers to the walls, floors, roofs, windows and doors that separate the interior from the exterior of the building.

[2] In home rule states, local governments have the autonomy to set up their own system of self-government, without receiving a charter from the state.